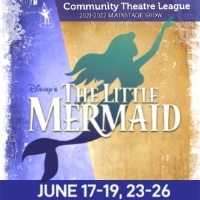 Ariel, King Triton’s youngest daughter, wishes to pursue the human Prince Eric in the world above, bargaining with the evil sea witch, Ursula, to trade her tail for legs. But the bargain is not what it seems, and Ariel needs the help of her colorful friends, Flounder the fish, Scuttle the seagull and Sebastian the crab to restore order under the sea.

This show is suitable for audiences of all ages. (All children age 2+ must have  a ticket)

Disney’s The Little Mermaid is sponsored by The Savoy Family.