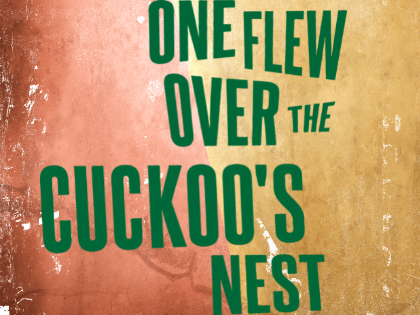 A man with several convictions to his name finds himself in jail once again. Rather than spend his time in jail, he convinces the guards that he’s crazy enough to need psychiatric care and is sent to a hospital. He fits in frighteningly well, and his different point of view actually begins to cause some of the patients to progress. However, Nurse Ratched becomes his personal cross to bear as his resistance to the hospital routine gets on her nerves.

Not recommended for audiences under age 13

by Dale Wasserman, based on the novel by Ken Kesey

One Flew Over the Cuckoo’s Nest is sponsored by The Holtzman Family, in memory of Donald G. Holtzman.