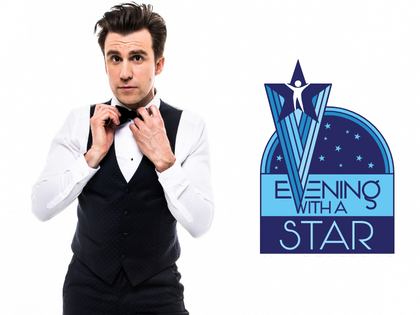 Do not miss this year’s BROADWAY star on our Mainstage!
Our guest performer for 2023 is Tony and Olivier Award winner GAVIN CREEL.
Generously sponosred by UPMC and Robert M Sides!
Prior to the concert, an all-ages Master Class will be held, where attendees will work on audition and performance techniques and get insight from one of Broadway’s brightest stars. This is an incredible opportunity to observe a Braodway star at work – come and watch and learn! This Master Class is also open for audience memebers to simply watch and learn and not have to participate! Tickets for the Master Class will go on sale Decemeber 2nd!
Gavin Creel’s Biography:
Gavin Creel received a Tony Award® for his performance as Cornelius Hackl in HELLO, DOLLY! starring Bette Midler. After making his Broadway debut originating the role of Jimmy Smith in THOROUGHLY MODERN MILLIE, for which he received his first Tony Award® nomination, Creel went on to star in the Broadway productions of HAIR (Tony Award® nomination), LA CAGE AUX FOLLES, SHE LOVES ME, THE BOOK OF MORMON, and WAITRESS. Creel was among the star-studded cast of New York City Center Encores! critically acclaimed production of INTO THE WOODS starring as Wolf/Cinderella’s Prince. The celebrated production transferred to Broadway where Creel reprised his role as Wolf/Cinderella’s Prince opposite Sara Bareilles, Brian d’Arcy James, Joshua Henry, Julia Lester and Patina Miller.
Gavin received an Olivier Award for his portrayal of Elder Price in the London Production of THE BOOK OF MORMON and also appeared on the West End in MARY POPPINS, HAIR, and WAITRESS.
On television, Creel recently performed a solo PBS concert special with “Stars on Stage”,” starred as Troy in Ryan Murphy’s anthology series “American Horror Stories” and played Bill alongside Julie Andrews in “Eloise at the Plaza” and “Eloise at Christmasttime.”
As a songwriter, Creel is currently writing an original musical piece entitled WALK ON THROUGH, based on the collections at The Metropolitan Museum of Art. The musical has been selected for the Eugene O’Neill Theatre Center’s 2022 National Musical Theatre Conference and the concert meets musical was highlighted in The Day. He has released three original albums: GoodTimeNation, Quiet (which landed on Billboard’s “Top Heat Seekers”), Get Out, and his single “Noise” raised money and awareness for marriage equality. Creel was a co-founder of Broadway Impact, the first and only grassroots organization to mobilize the nationwide theater community in support of marriage equality.
A native of Findlay, Ohio, Gavin is a proud graduate of University of Michigan School of Music, Theatre and Dance and a 2022 Fellow at the Hermitage Artist Retreat.